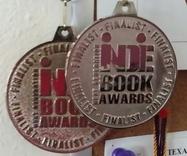 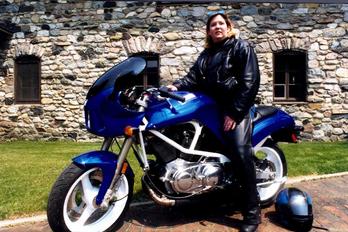 I grew up in the Texas Panhandle, left a number of times and lived in seven other states, but I'm back in my hometown now. From over two decades as a paramedic to becoming a registered nurse then a family nurse practitioner, I have enjoyed not only the technical aspects of medicine, but the heart-to-heart connections with patients throughout the years.

And I always loved writing. (Imagine how long my patient documentation is...)

In my last semester of nursing school, my first book, Blood of Like Souls, was published. Although I'd worked on that manuscript for more than sixteen years, I continued the story through the next four books over the next three years. Both the first and fourth books were named Finalist in the Indie Next Generation Book Awards. The fifth came out in October of 2020, while the world was dealing with COVID. The sixth released in June.

Now that's been a wild ride, hasn't it? I have a lot of opinions about the quagmire of politics littering medicine. Take COVID... No matter how any of us thinks how it should have been handled, we can't change those decisions and actions now, and there's no sense debating it or throwing rocks. It has led to a massive division in almost every element in which a line can be drawn. What most people, in my humble opinion, do not understand is, agreeing with Topic A doesn't necessarily mean you are in 100% disagreement with Topic B. Too many subjects have been made into EITHER/OR linear beliefs, when they are not even directly related, much less opposite.  But I'm not going to change anyone's mind, so why be angry about it?

Let's agree with each other that everyone needs to be kind to others. Show a little respect. Compassion. Empathy. Everyone could use a pleasant word of encouragement, a nod of understanding after someone in the next car does something that we might have also done ten minutes previous. It probably wasn't personal.

If you don't feel you are making a difference, you probably aren't.